News
Stagecoach East London 19000, better known as "Spirit of London" is now back in service at Leyton garage
Previous
Next

Spirit of London Back in service

The bus was a symbolic replacement for Dennis Trident 17758 destroyed in the co-ordinated terror attacks on London’s transport network that took place on 7th July 2005 and is named “sprit of London” in memory of the victims. Sadly on the evening of 18 October 2012 it was the subject of an arson attack by two 14 year old girls whilst in service on route 69.

Fortunately, Stagecoach opted to repair the vehicle and it made its debut in its new livery at this year’s London Bus Museum Spring Gathering held at Brooklands on 21 April. In early May the bus re-entered service from Leyton garage, mainly on route 55. As can be seen it now carries white on black destination blinds – these are to become standard across London. 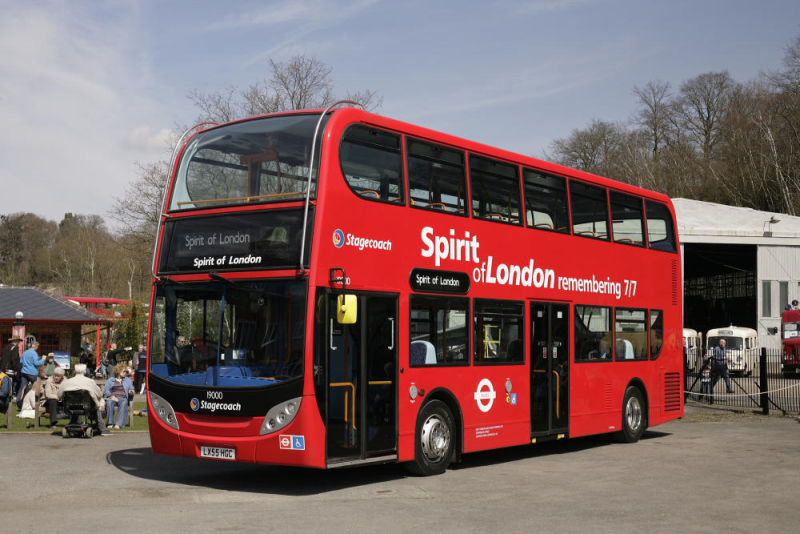