News
London 2012 Gets Underway
Previous
Next

18/07/2012
The Olympics are now days away and athletes, officials, the media and other assorted hangers on have begum to arrive in the capital.

Numerous operators have been contracted to provide services in connection with this event although, with the exception of First Group, whose First Games Transport subsidiary will provide the park and ride services to take spectators to various events, none is allowed to carry any banding.

A large number of unfamiliar buses and coaches are now in service on the streets of London; Ulsterbus vehicles have provided the majority of transport to carry athletes from Heathrow to the Olympic Village at Stratford. The “airport style” security regime at the Olympic site means that vehicles are subject to a full search when entering the site unless they have been screened elsewhere. In this case security seals are applied to every access point (including fuel fillers!). 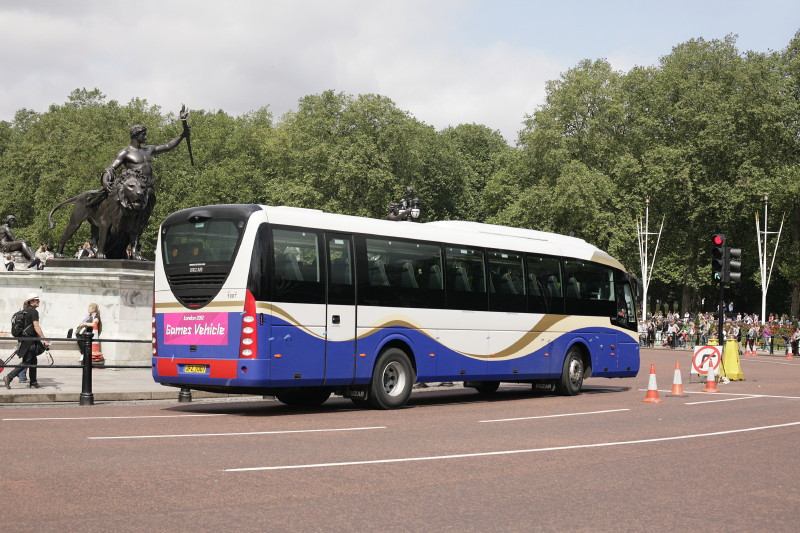